Cannonball Fired for Being Too Stout 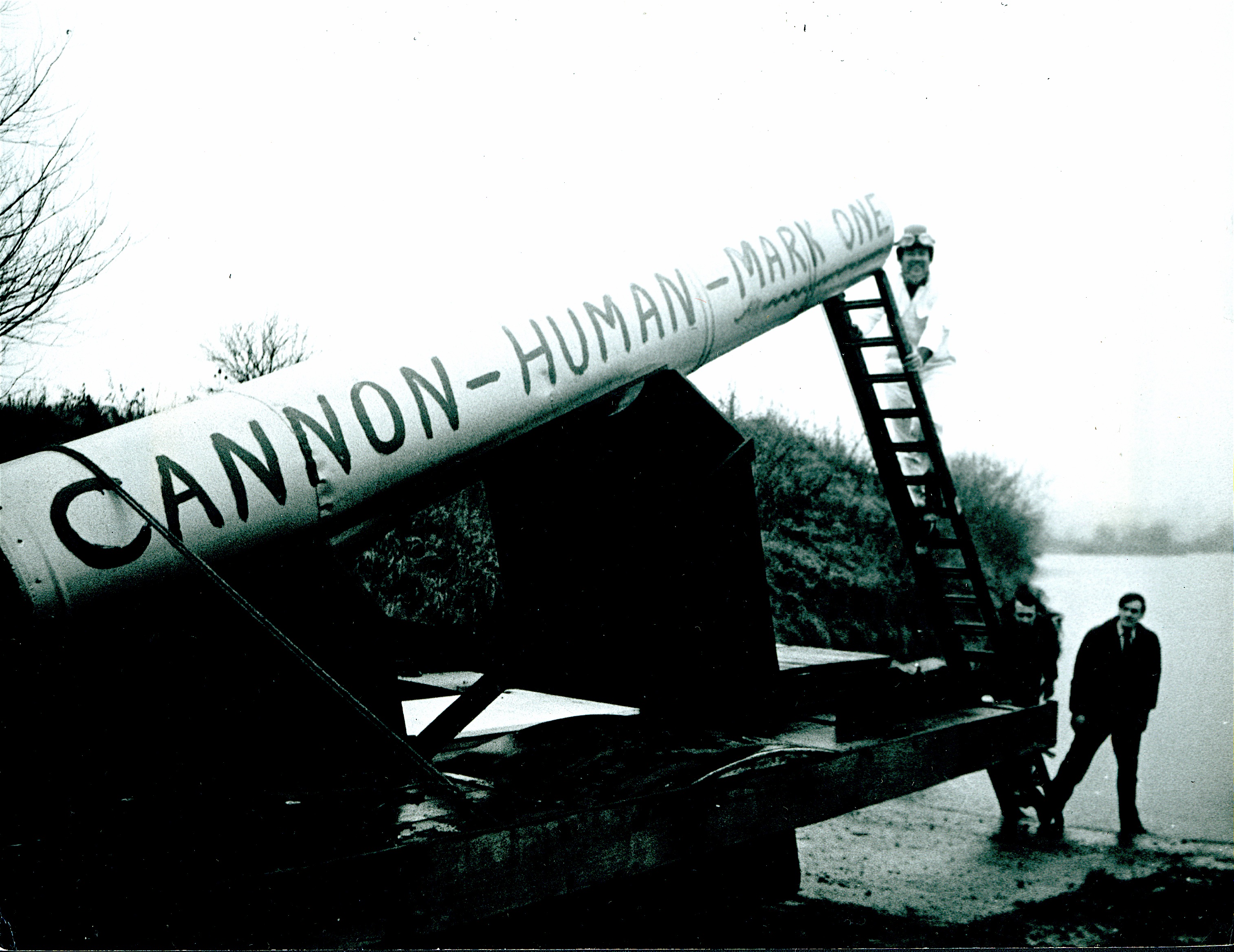 In the decade or so I worked as a photojournalist, covering stories for magazines such as Paris Match, Stern and Life as well as numerous UK National newspapers and magazines, I spent a lot of my time shooting stunts. These involved everything from aircraft and cars to motorbikes and boats.

One of my oddest assignments was photographing  the testing of  a new experimental gun designed to fire a human cannonball over long distances. 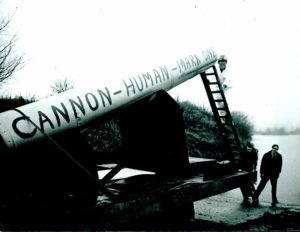 The massive gun, resting on a low loader, was carefully manoeuvred into position near a lake into which the human was to be fired by an explosive charge. As you can see, the weather as not being kind to me that November day, with overcast skies and rain showers. Both limited my exposure range, especially as some of these pictures would need to be taken using my top shutter speed, in those days (1965) 1/1000 sec. In the event, I had to push the Tri-X film I was using from its normal speed rating of 400 ASA to 800 ASA to get any photographs at all.

When I met Steve, the volunteer, I was surprised how big he was compared to the relatively narrow dimensions of the gun’s barrel!

Nobody else seemed the least bit concerned however so we pressed on. 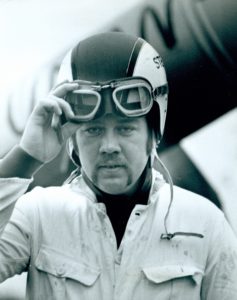 Because I would have only one chance to get the shot, I prepared a shooting script with a diagram showing how the four 35mm cameras I was using – three of them motorised and fired by radio control – were to be positioned. 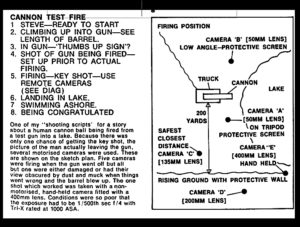 When all was in place, Steve climbed the steep ladder, lowered himself into the barrel and I took a picture of him giving me a cheery thumbs up from inside the gun.

As I had feared, he found this quite difficult as his bulky body fit into the metal tube like a cork into a wine bottle.

The moment the gun was fired my worst fears were fulfilled.

Rather than Steve flying out of the barrel, the gun itself exploded blowing man and metal several yards into the lake. Fortunately, Steve was unhurt by this violent ejection and managed to swim free from the wrecked metal.

The sequence was published in magazines and newspapers all over the world and in Britain by the Daily Mirror as below. 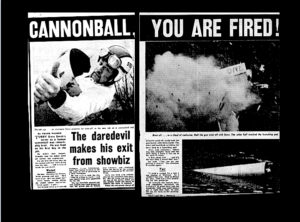 The pictures below show the sequence of events, from the cannon blasting Steve into the lake amidst a cloud of dense smoke. 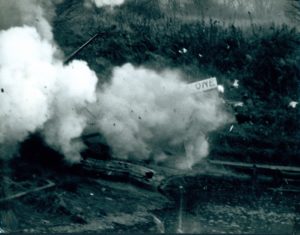 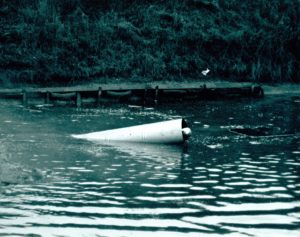 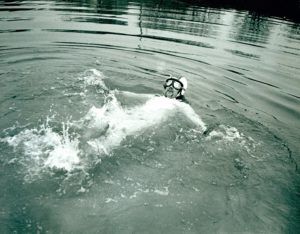 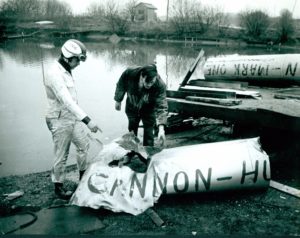 For any photographer, I think three lessons could be learnt from this experience:

1] Have a clear idea of your mind what your key shot, that is the picture that sums up the whole story in a single frame, needs to be.

2] Plan your pictures carefully rather than just snapping away mindlessly.

3] Be prepared for things to go wrong and take advantage of that if they do – the unexpected can turn the mundane  into the truly eye-catching.

For anyone interested in the technical details, these pictures were shot at between 1/250 and 1/1000 of a second and f-stop’s between f8 and f4, on Nikon F cameras using Kodak Tri-X film processed in D76 developer.